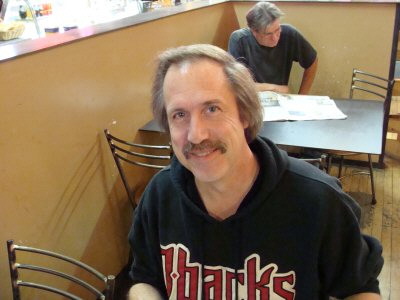 ASTROLOGY TO ATTRACT ANYTHING YOU WISH

What if you could use astrology to attract anything you wish? Many have read books on the Law of Attraction. Rhonda Byrneï¿½s, The Secret, sold millions of copies just four years ago. Whether we believe this ability to attract what we want is possible, there are millions who want to. Can Astrology fit into this?

Astrology is best described as a presentation of choices. While few believe that planets play any direct role, most admit that their revolutionary cycles around the Sun mark specific moments in time. What we choose to do with those times is what many call ï¿½free willï¿½. The danger of adopting the belief in direct influence is, weï¿½re either lost in a sea of high expectations, or hopelessly adrift waiting for horrors to rain down upon us. Fatalism really has no place in ï¿½The Secretï¿½ where weï¿½re allegedly responsible for ï¿½creating our realityï¿½. What is needed in astrology is a set of interpretations for a more modern era.

Modern computers have given astrologers a plethora of techniques. Mathematics are now automated, leaving astrologers nothing to do except verify birth-data and find productive interpretation for new discoveries. New discoveries in space have opened a huge door for anyone wishing to explore astrologyï¿½s possibilities.

Since 1977, astrologers have had new planets to study. Chiron was the first of these discoveries, named after the wounded centaur capable of great healing. Over the last three years, the newly created status of ï¿½dwarf planetï¿½ gave importance to asteroid Ceres, planet Pluto and newly discovered Eris. Anytime a new body is given significance, it marks a change in consciousness for mankind. The late 18th century discovery of Uranus, was the rebellious break from monarchies. Finding Pluto coincided with the splitting of the atom. Chiron marked a time where an unusual peace treaty began between the wounded lands of Egypt and Israel. This was also the year a wounded Elvis Presley died and the dreaded disease, smallpox, was officially eradicated. Eris, discovered in 2006, mirrored scientistsï¿½ question of what defined a planet. Eris ï¿½forcedï¿½ science to re-consider how they viewed the planets ï¿½ the goddess of discord is a catalyst for change.

These discoveries are but a back-drop to a larger shift in consciousness. ï¿½How does the Law of Attraction view the planets?ï¿½ is at the heart of our discussion. Taking a look at Chiron, Ceres, Pluto and Eris help us figure our productive place. Attraction occurs in nature as ï¿½like attracts likeï¿½. How can our views of Chiron, Ceres, Pluto and Eris bring us what we wish?

Healing. Chiron represents the wounded healer. ï¿½When one has an imbalanceï¿½one needs to rectify the situation as soon as possible.ï¿½ When we align with the sign and house placement of Chiron in our birth chart, we draw upon the healing element required to bring balance to our lives. Imagine how Chiron in Aries could represent being self-assertive to heal. Aries exerts a force ï¿½ itï¿½s an initiative. Chiron shows the wound from Aries is derived from not feeling important ï¿½ not feeling useful. Taking a cooperative step forward can heal this wound. This can be as easy as exercising the opposite of the wound, to attract the healing one is looking for.

Security. Ceres was re-classified from ï¿½asteroidï¿½ to dwarf planet in 2006. The earth goddess, Ceres, nurtures and protects nature and its wonder. This ï¿½newï¿½ insight coincides with humanityï¿½s drive toward ecological practices that reduce carbon emissions and reduce greenhouse gases. Whether thereï¿½s a conspiracy behind the ï¿½global warmingï¿½ or not, we all agree that we have to end our dependence on fossil fuels. Aligning ourselves to how we would like to nurture ourselves helps create a more loving existence ï¿½ one at peace with the world around us. What do you do to nurture your environment? Ceres in Sagittarius, for example, may include using philosophy and higher education to provide emotional satisfaction and security. Feeling fed by learning and teaching brings us to a new level of self-understanding.

Money. Many books have been written about Pluto. One of the most often overlooked aspects of Pluto is from one of its three Moons, Charon. Thereï¿½s a price to pay Charon in order to gain passage to Plutoï¿½s realm. Ask yourself how you might investigate the depths of the generational sign placement and the house it occupies in order to find your personal ï¿½gatewayï¿½ to the underworld. What stops you from prosperity? Is it an unhealthy attitude toward money? Pluto in Leo could speak about creativity and self-respect. Have you lost that? Pluto in Virgo marked an age with high unemployment and self-criticism. Are you talented enough? Pluto in Libra is a question about relationships and power. Do others control you? Pluto in Scorpio is the new generation that shows no fear. Are you willing to do what it takes to earn reward? Your ï¿½returnï¿½ from the underworld with information from your unconscious helps defeat self-sabotage. Pluto shows you contrast between the world you donï¿½t want and the world you do. Determination is the price to pay Pluto.

Handling Crisis. Eris is a more fickle goddess to align with. The goddess of discord is a sister of Mars, an instigator of dramatic proportion. In mythology, Eris tossed the golden apple inscribed with ï¿½for the fairestï¿½ among all the other goddesses at a wedding party she was excluded from. Premeditated chaos is all part of Erisï¿½ plan to not only disrupt the status quo, but to irritate those who sit on the fence or claim innocence alongside a wrongdoing. Eris is in Aries from 1918-2044. Living in her brotherï¿½s kingdom allows her to sew seeds of war and spite. The massive wars of the 20th century killed millions. Huge power plays of who would ï¿½rule the worldï¿½ were disillusioned when the final outcome yielded no single winner. Are you a cooperative component of what you wish for? Do you negate your own wish by sitting on the fence of indecision? Eris in the 1st house demands some kind of plan. In the 4th house, Eris asks what are you doing to contribute to your household (for better or worse)? In the 7th house, how do your relationships alter your opinion of yourself? Can you handle the crisis that appear in those areas of your chart where Eris dwells? How we handle frustration is the difference between Chaos being creative versus becoming a crisis. Eris could have addressed her exclusion from the party rather than tossing the apple ï¿½ then again, she may have acted as she did in order to provide a catalyst for change.

The 21st century holds many keys to our evolution. Over the years, weï¿½ll see how well we handle what we attract to us. What we think is just as important as what we say or do. Astrology will be more popular in the years ahead, as it avoids the outdated scientific method and adopts a larger role of inspiring us to improve ourselves.

More can be learned through Larryï¿½s new book, The Magic of Astrology, due for publication in 2010. And visit Larry's website, Starpower2000.

ï¿½Copyright 2010. Larimar Publications. Short excerpts about Chiron and Eris are from The Magic of Astrology. All Rights Reserved. Permission to use, copy, re-print, is expressly prohibited without prior written authorization from the author.

Back to main page